“When I told my friends about my work over the summer, many of them would ask what motivated me to volunteer at Gilda’s Club.  Having watched both of my grandparents fight fiercely against cancer just a few years ago, I knew that a clubhouse to support people with cancer was an ideal place for me to volunteer.” – Gilda’s Club (youth) volunteer 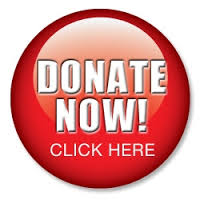 It is with great sadness to learn about the passing of co-founder and honorary board member of the Cancer Support Community Gene Wilder, who died from complications of Alzheimer’s.

Gene was instrumental in the founding of Gilda’s Club in 1991, which was named in honor of his late wife, comedienne Gilda Radner.  With the support of Gilda’s pyschotherapist, Joanna Bull, and actor Joel Siegel, they created a FREE cancer support community, to thousands of men, women, teens and children living with the impact of cancer in their lives.

“Gene was a great friend and supporter to Gilda’s Club. His support was monumental during the founding of Gilda’s Club, and he remained a strong advocate for the vital programs and shared mission of our two legacy organizations,” said Joanna Bull, Founder of Gilda’s Club Worldwide. “Gene had promised Gilda that no one should face cancer alone, a vow that moved Gilda’s Club forward as he served as its celebrity spokesperson. That promise continued for many years and was supported in every way by his widow, Karen. The Cancer Support Community and Gilda’s Club are grateful, and we are diminished by the ending of Gene’s wonderful life.”

From all of us here at Gilda’s Club Simcoe Muskoka we send our sincere condolences to family and friends of Gene Wilder during this difficult time.